If I have a superpower it is that I can fall asleep anywhere. I don’t mean that figuratively. I have on numerous occasions fallen asleep on concrete, tiled floors, hardwood …and once the cargo area of an SUV. As a child, my mother had to break a lock on the bathroom door while I dozed on the floor (due to an enticing new plush mat).

My problem isn’t that I can’t fall asleep. It’s that I can’t stay asleep and I’m frequently tired when I wake up in the morning. As I get older this has become more of an issue. I used to be able to get by with 5-6 hours of shut-eye and take on the world. Now, many nights, I’m up at least once for an impromptu bathroom break. And even though I can usually get back to sleep after groping around in the dark, trying not to step on the dog, I’m not refreshed in the morning. I get many texts and emails from others in the early hours, suggesting that I’m not alone.

The issue is concerning to me as sleep is fundamentally interconnected with overall health. It’s necessary for the body to repair itself generally, and specifically to build muscle after exercise. Sleep is when the glymphatic system kicks in to remove toxins from the brain. Good sleep is intrinsically linked to weight loss and maintenance. A lack of sleep impacts our mood, cognitive abilities and can lead to accidents.

As a health and wellness publisher I know that my lifestyle decisions impact the quality of my sleep. Regular exercise (except perhaps in the later evening) and the resultant physical fatigue helps me fall asleep. Obviously avoiding stimulants like caffeine is recommended. Consuming alcohol doesn’t stop me from falling asleep, but it dehydrates me and disrupts normal sleeping patterns between deep and REM sleep resulting in less rest. Rich and salty foods often do the same. Both should be avoided.

Like most I’m aware of the concept of sleep hygiene – which speaks to the sleep environment. We all sleep better in the dark. Artificial light messes with our circadian rhythm. While I do watch television at night, I almost never do so in the bedroom. Similarly, I don’t look at electronic devices with their blue light immediately before sleep. While my wife and I might disagree as to where to set the thermostat – most scientists would concur that the range between 16-19 Celsius is optimal for a restful night.

Recently, on the Tonic Talk Show, Pharmacist Andy Donald and I spoke about the drugs prescribed for better sleep that aren’t optimal (Episode #262) and those which might be better (Episode #264). According to Andy, there are some drugs prescribed to help with sleep, but don’t necessarily result in high quality sleep; “Dream sleep is important for consolidating memories and learning and unfortunately a lot of the drugs prescribed for sleep, obliterate dream sleep. An example is anti-psychotic Clotiapine, which is frequently prescribed for sleep. But that medicine (and its class) should not be prescribed for seniors as they can cause cardiac attack and death. Similarly antihistamines can ruin your sleep quality. Also, your body adjusts to them with diminishing results over time. But by far the worst class are the ‘sleep hypnotics’ (benzodiazepines) which come with side effects, don’t allow you to get deep sleep and may cause amnesia and result in falls.

There are some prescription drugs which Andy does recommend to help with sleep, if taken in the correct dosage at the right time of day; “Trazodone and Mirtazapine were made to be antidepressants, so they can help with serotonin levels. Low doses of Trazodone (25mg to 100mg) helps you maintain that deep sleep and REM sleep but it has to be taken 3-4 hours before bed time, on a regular basis. Low doses of Mirtazapine help you fall asleep (3.75 to 7.5 mg) if taken approximately an hour before bed time; as at that level it binds to histamine receptors. If you increase dosage Mirtazapine binds to serotonin receptors in our bodies (which is an ‘awake and happy’ hormone) and thus won’t help with sleep.

While many people take nutraceutical supplements such as Valerian, Kava Kava or St. John’s Wort to help encourage sleep, they might not be aware of some of the herbs used in traditional Chinese medicine. According to The Tonic Talk Show regular Dr. Gordon Chang the jujube fruit is a potent sleep aid. Similarly Biota is effective in helping people get to sleep and to fall back asleep if woken up. Gordon also advocates for supplements that help with stress (a frequent cause of sleepless nights). Ginseng, Ashwagandha, Astragalus all help manage stress. (Episode #105)

There are foods which can help you fall asleep according to Holistic Nutritionist Megan Horsley. It seems obvious, but if you eat poorly, it may impact your sleep. Foods rich in tryptophan (ie. turkey, hazelnuts, bananas, nettle, green onions, tomatoes and pomegranate) can help with sleep. Tryptophan is part of the melatonin process. The body converts it into serotonin which makes us sleepy. Foods that help with Gaba (an inhibitory neurotransmitter) are also recommended. Gaba is made in our guts from glutamate, a non-essential amino acid. Foods with glutamate include the sprouted version of adzuki beans, tomatoes, spinach, oats, barley, wheat, brown and red rice or buckwheat (Episode #151)

For those who don’t want to take pharmaceuticals or nutraceutical supplements to help with sleep, mindfulness might be the answer. I recently spoke with mindfulness expert Stephanie Kersta on Episode #224 of The Tonic Talk Show. For those suffering from insomnia, one of the first suggested mindfulness exercises is muscle progression – squeezing and relaxing muscles from their feet all the way up the body and back down. According to Stephanie, during the day we have to be alert to complete the tasks we have to do and accordingly tap into our sympathetic nervous system. But to fall asleep we need to tap into the parasympathetic nervous system. Meditation serves as the bridge between the two systems. For people who have trouble staying asleep like me, Stephanie recommends the aforementioned muscle progression and; “…to really focus on your breathing. Put your hands on your belly and feel it fill with air and release, and focus on counting the length of that breath.”

Many members of my family track their sleep with their iWatches and various apps. You can create schedules for your sleep. If you wear it to bed it can estimate how long you’ve spent in each phase of the sleep cycle (Deep, Core and REM). And of course you can set an alarm to wake you up. Alas, I don’t wear a watch, ever. On Episode #156 of TheTonic Talk Show regular Tonic contributor Adarsh Shah and I spoke about current sleep technology wearables that track heart rate, blood oxygen levels, sound, movement and even breathing. The technologies won’t necessarily help you get to sleep, or stay asleep, but will provide objective data to track how your efforts result in restful sleep as it pertains to your overall health.

Hopefully one of these many lifestyle, food, pharmaceutical, nutraceutical or mindfulness options will allow me to stay asleep and get quality rest. If I’m not responding to your emails in the middle of the night, that will be the proof the regimen is working.

Jamie Bussin is the Publisher of TheTonic Magazine and Host of TheTonic Talk Show. He is clearly a work in progress. 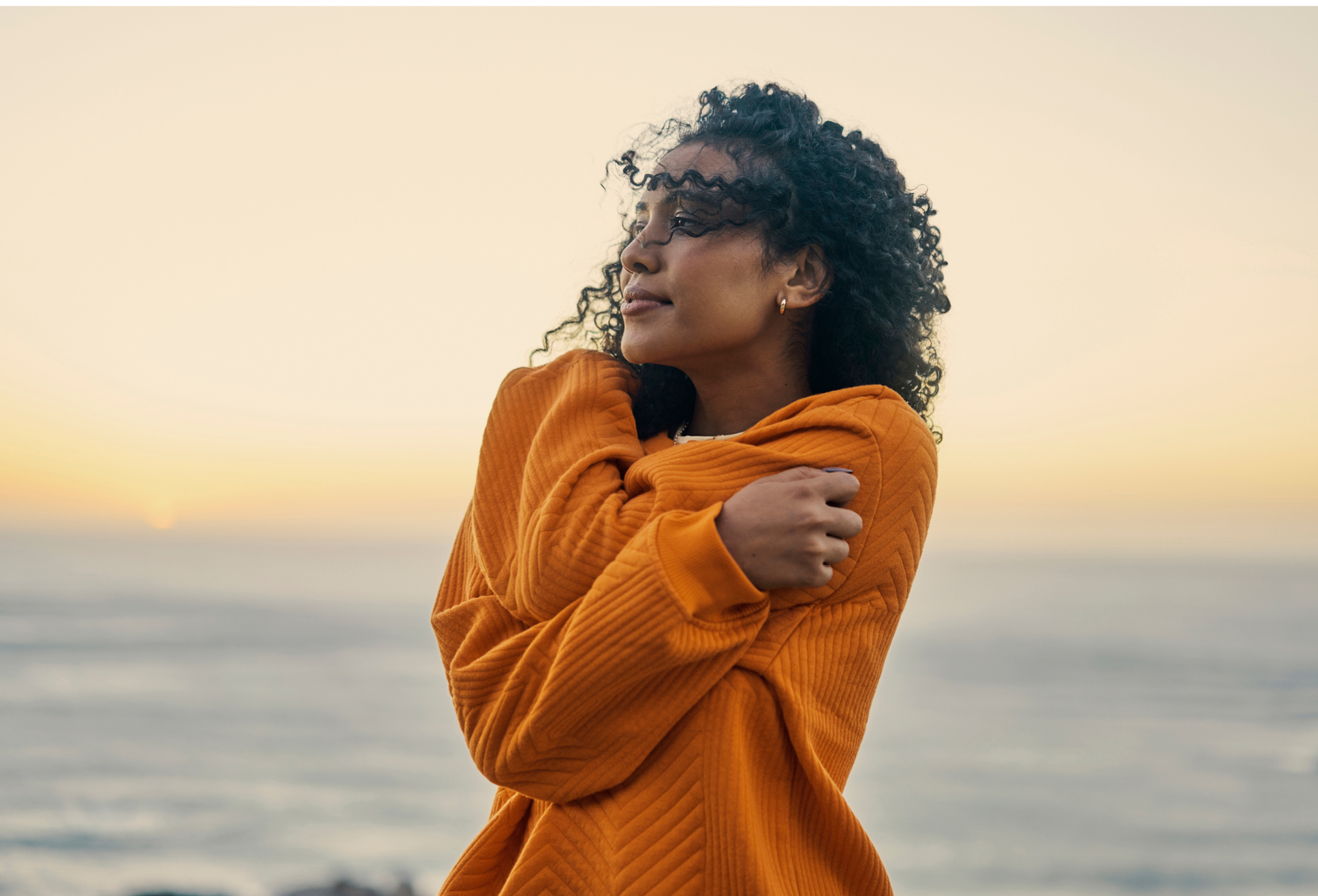 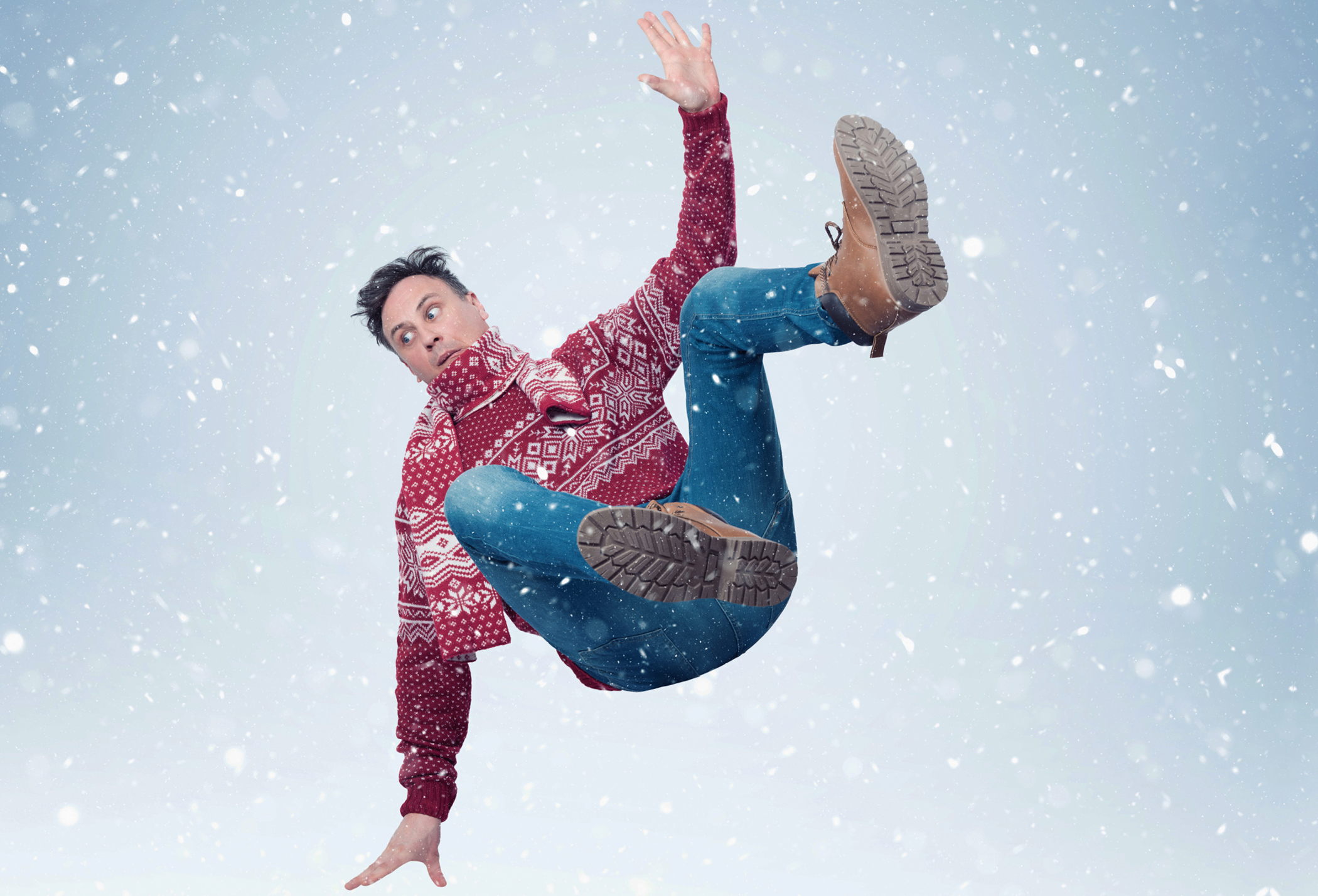 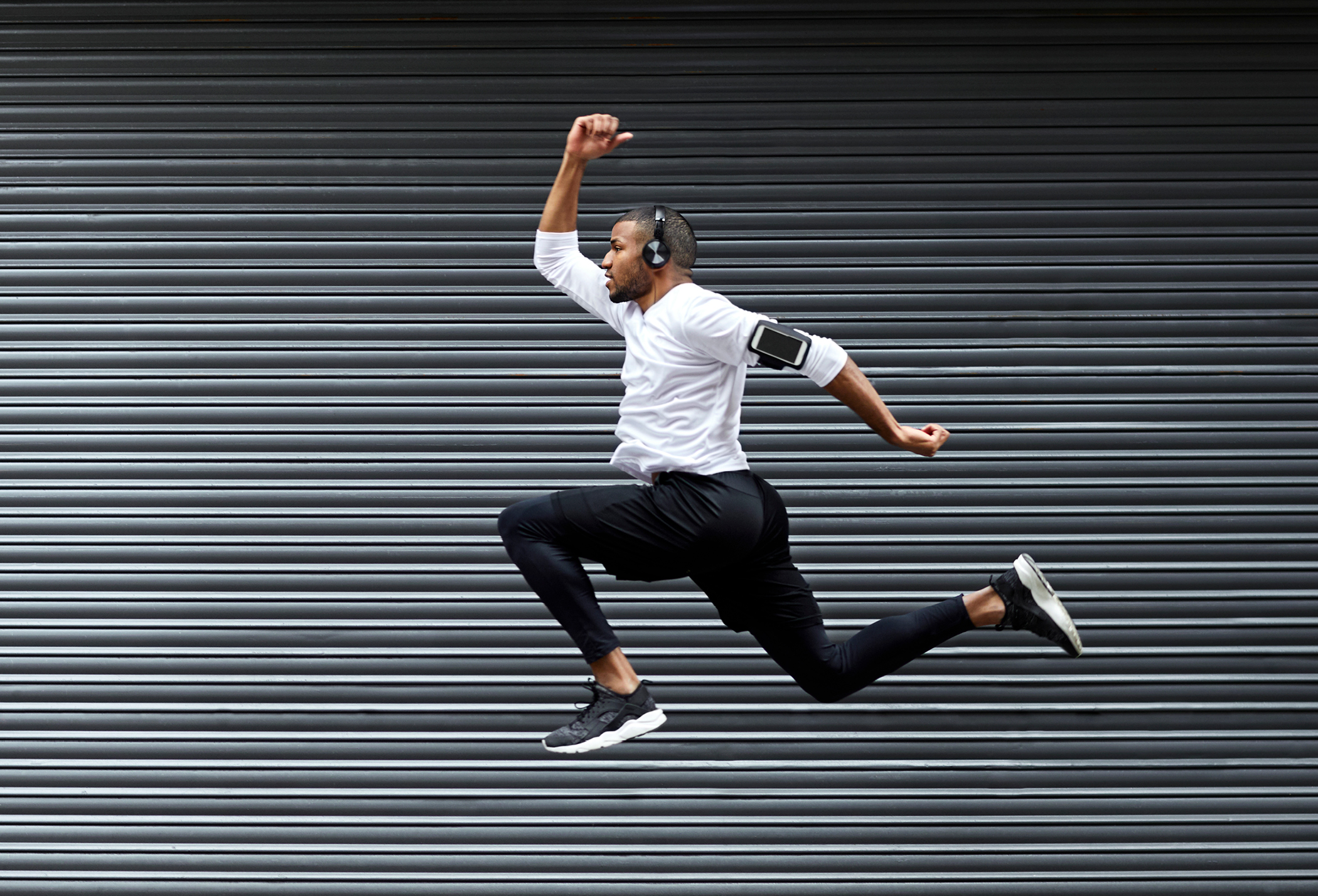 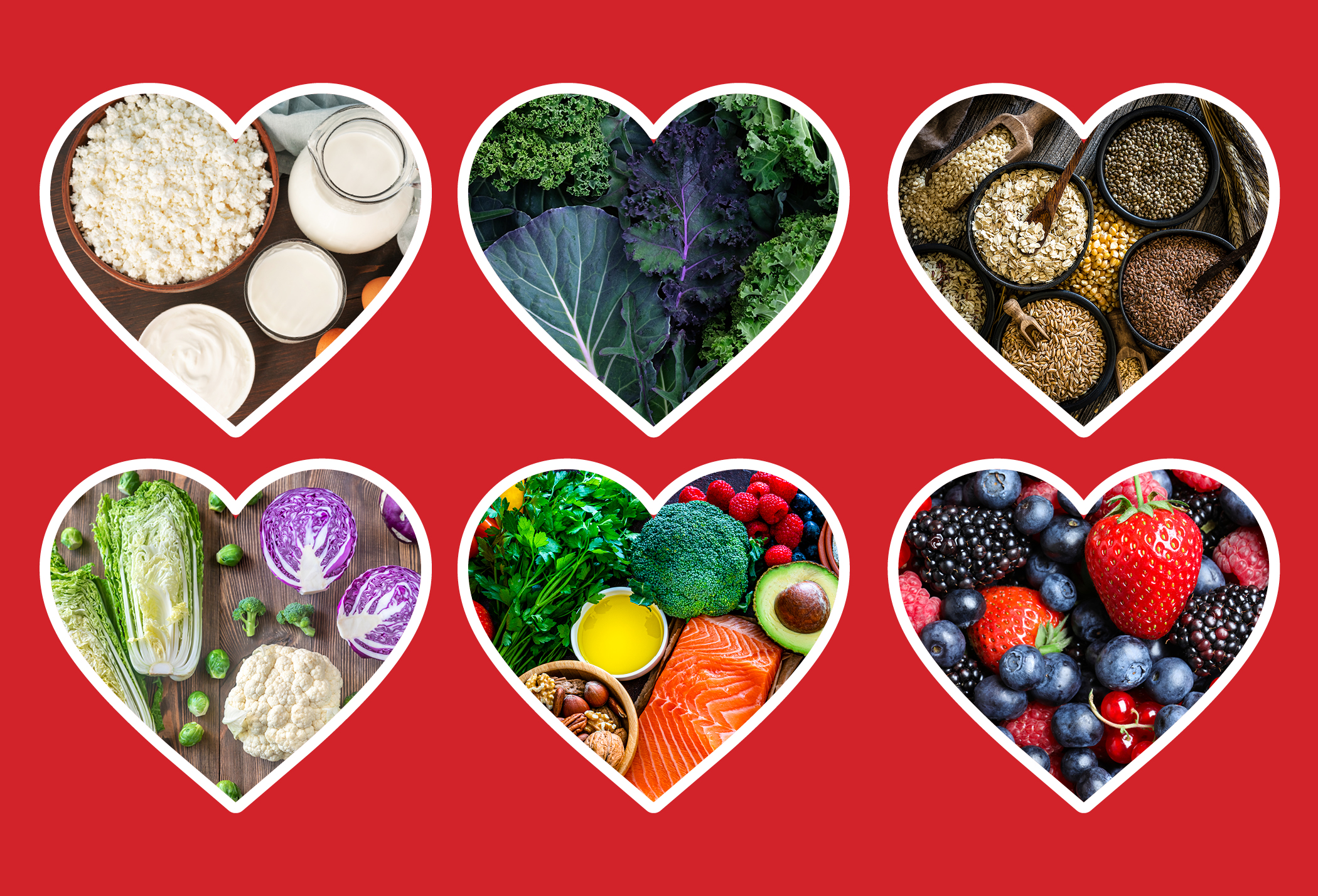 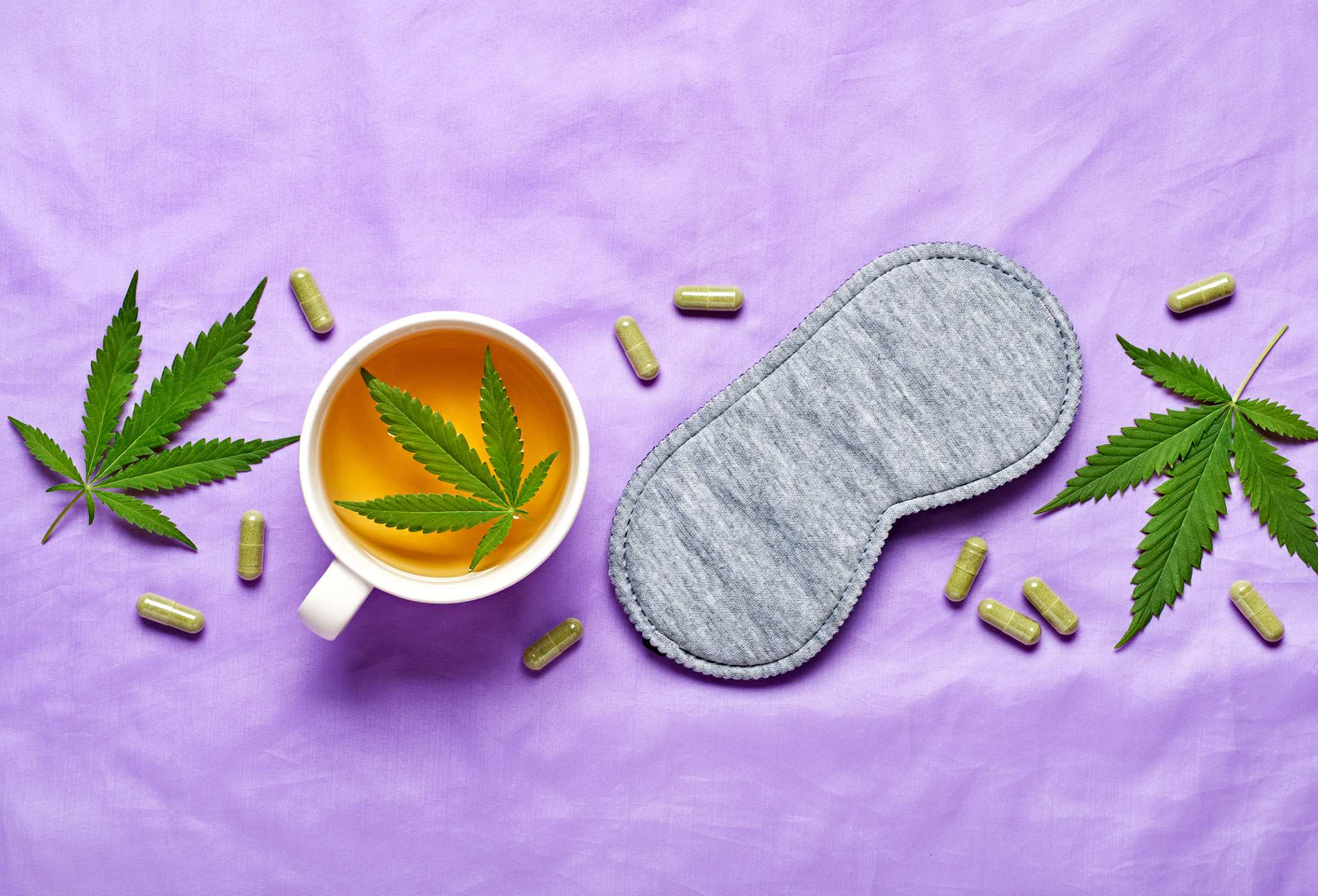 Can Cannabis Help You Sleep?